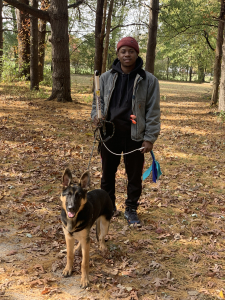 “[The construction sites are] a new experience for me, but recently I’ve been out there every Saturday and I’m enjoying it.  I’ve helped put up walls, done some siding, some painting.”

De’Angelo is a determined, artistic young man and “dog dad” to his pet, a 2-year old German shepherd named Dos. When he’s not busy with work, school or the Habitat homeownership program, he enjoys putting his energy toward numerous creative outlets: photography, dance, fashion, and more. “Anything that consists of art, I’m with it,” he explains.

Since moving back to Evansville from Lexington, Kentucky, years ago, De’Angelo has worked in health care, taking after his brother.  He’s currently an employee of St. Vincent and shares, “At first it was about the money, yeah, but I started to actually really like it. I like taking care of people and helping them.”  His passion for health care propelled him to enroll in the pre-nursing program at Ivy Tech, and he’s now in his second year there.

De’Angelo has worked hard to build himself up, but he’s willing to put in the time and effort to better his future.  “I’ve been on my own since I was 16,” he says. “It’s been survival mode since then, I’ve been homeless at times, or had to move in with friends for a bit, and I’ve just been going, going, going… I have had to really depend on myself and with owning a home, I knew it was just something that needed to be done now so I decided to step up and take accountability.”

He’d known about Habitat “for as long as [he] can remember,” because of family members who had gone through the homeownership program.  Once he applied, things quickly seemed to fall into place.  “It all went seamlessly, it was a really smooth process actually and everyone was so helpful,” he says.

Now, things are definitely busier in De’Angelo’s life, but it will all be worth it when his home is complete.  His new affordable home will allow him to build equity and leave behind the days of pouring his hard-earned money into someone else’s pocket.  He’s learning “lots of good information” in Habitat’s homeowner classes and by working one on one with his budget partner along the way and enjoying getting out on the construction sites.  While ground has not yet been broken on his future house, he’s helped build the homes of other families in our program.  “It’s a new experience for me,” he says, “but recently I’ve been out there every Saturday and I’m enjoying it.  I’ve helped put up walls, done some siding, some painting.”

For someone as artistic as De’Angelo, it’s no surprise that the thing he is most excited for when he moves into his future home is “having full creative control.”  He goes on to add, “Plus just being able to say this is my home.  I’m super excited for that.  I’m going to have a quiet place to study and a yard to put a fence around for my dog to run in.  I’m going to put a little doggy pool back there for him to swim in, too.”

To all of the folks who have helped make De’Angelo’s home possible through hours or dollars donated, he says, “I appreciate everything they’re doing… I appreciate people taking time out of their day and volunteering… This program shows there are still kind people in the world.” 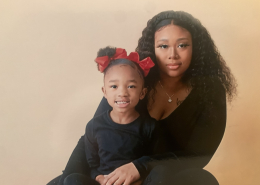 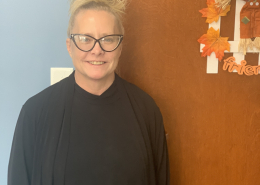 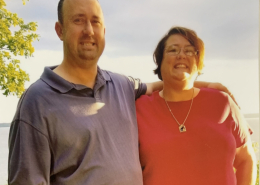 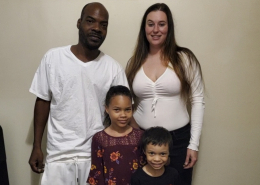 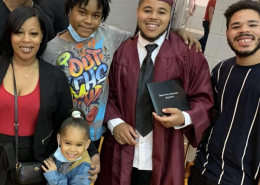 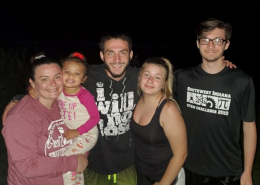 “I love this program! Just how it’s built… learning to budget, how to be a good neighbor, how to problem solve… All the required courses are super valuable.”
https://evansvillehabitat.org/wp-content/uploads/2021/07/imagejpeg_0.jpeg 650 705 Megan Parish https://evansvillehabitat.org/wp-content/uploads/2018/06/habitat-for-humanity-of-evansville-logo.png Megan Parish2021-07-19 11:52:182021-12-02 10:46:47Stephenie
PreviousNext
View all stories
Scroll to top